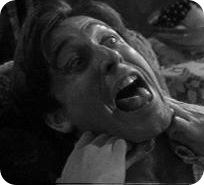 If you do not delve too deeply into the logistics of its execution, the idea is quite simple. Many believe that new Presidents and high level government officials are introduced to the doctrine shortly after they are inaugurated into office. It is a little know tenet that drives many of the decisions made by the United States government – the Doctrine of Double Effect or Principle of Double Effect.

The Doctrine of Double Effect is a philosophical principle. In serves to soften the blow to a government officialâ€™s guilt ridden soul when civilians are killed in wartime bombings.Â  In a nutshell, the principle states that it is OK to harm someone if it saves the lives of others. The doctrine grants the government the power to hurt others as long as there is an overall positive result returned from their action.

â€œThou shalt not killâ€ is a principle engrained in almost every American and of course, provides a well meaning purpose – to keep the public from intentionally harming each other by making it morally wrong to murder a fellow man. Â And therein lies the quandary. The Doctrine of Double Effect provides the government with the moral justification to harm others even while laws directed at the public serve to enforce the opposite effect. The principle is not discussed with the public nor will the government directly admit to following it. acknowledging the Doctrine of Double Effect rule would imply that it is ok in some circumstances to kill others, a direct violation of our moral code of conduct.

In some instances, the doctrine is used to â€œwrite offâ€ the bad effects of an action, whether or not the result of the action was recognized before or after the decision was made. In other instances, it may be used to justify an action. It is a doctrine that has been formally defined with rules and convention that govern execution of its basic principles. The Catholic Church defines the doctrine in the New Catholic Encyclopedia:

The doctrine originated, or at least it was first recorded, in 1250 A.D. by Thomas Aquinas. Thomas Aquinas was an Italian Catholic priest and an immensely influential philosopher. His works and beliefs continue to influence Western philosophy and beliefs. The doctrine has been in use throughout the world for thousands of years. And for thousands of years it has been debated.

Is the Doctrine of Double Effect flawed?
Many argue that the doctrine itself is inherently flawed. It promotes decision making by Man to an almost god-like status. The means to make life and death decisions are granted to the nationâ€™s leaders and the Doctrine of Double Effect used to mask any bad results that those decisions may produce. In addition, when the doctrine is used in critical decision making processes, an attempt is made to define the worth of a human being. That single most important variable becomes one of the greatest arguments against the doctrine.

The Doctrine of Double Effect is also used in the business world, at both large and small corporations, when major decisions must be made that effect the lives of employees. In most cases, the article being evaluated is an employee and in practically all cases, those employees are valued on a different scale than their managers. A manager will typically be valued higher than a common worker. It is ironic that the person who more often than not benefits from the result of the decision and is applying the principle, is almost always the manager himself.

The biggest objection to the Doctrine of Double Effect is that the application of the doctrine in any particular event is solely dependent upon the perspective of the person making the decision. In our modern society, this means that the decision is almost certainly being made by the â€œwell to doâ€ â€“ the person in power.

Take for example, a situation whereby a missile is located in the middle of an African village. The missile is on a timer mechanism and is set to launch in 10 minutes. If it launches successfully, it will hit a city where 100 people will die. The missile can be destroyed by bombing the African village. There are 99 people in the village. The Doctrine of Double Effect would dictate that the village should be bombed, even though it will kill 99 people, because in the end, it would save the lives of 100 people and hence, save the life of one extra person (i.e. 100 â€“ 9 = 1). But if you were to place the decision of whether or not to launch the missile, into the hands of the villagers, the outcome would almost certainly be different. In fact, various different criteria to justify the judgment would be thrown into the mix.

Indeed, when the Doctrine of Double Effect is used, the end justifies the means.