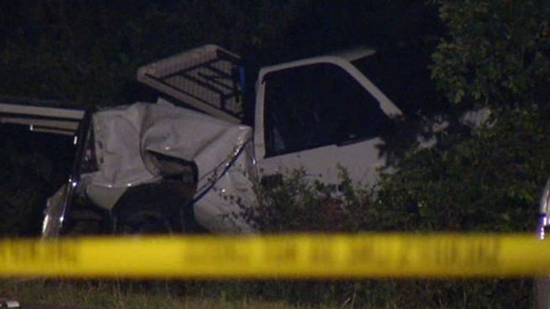 North Texas residents were stunned today after State District Judge Jean Boyd sentenced an affluent 16-year-old teenager, who killed four pedestrians while driving drunk, to probation, despite the fact that the teen had already been charged with two alcohol-related offenses before he turned 16 (at the time of the accident, the boy already had restrictions on his driverâ€™s license requiring he be accompanied by a licensed driver over 21). According to CBS News, on June 15, 2013, Ethan Couch and some friends stole and consumed beer from a Walmart in Burleson, Texas. After finishing the beer, Couch and seven others hit the road in Couch’s Ford F-350 pickup truck, which was registered to his father’s company, Cleburne Sheet Metal, looking to find another store. The inebriated teen drove an estimated 70 MPH in a 40 MPH when he struck and killed four people, including three good Samaritans who were helping a disabled motorist. Two teens thrown from the truck suffered severe head injuries but recovered. The State pushed for a 20 year sentence but an unusually lenient judge nixed the jail sentence and instead sentenced him to probation for ten years after Couch confessed to charges of intoxication manslaughter. Couch’s blood alcohol level tested at .24, three times the .08 legal limit.

43-year-old youth pastor, Brian Jennings, 52-year-old Hollie Boyles, 21-year-old Shelby Boyles, and 24-year-old Breanna Mitchell were all killed in the crash which Tarrant County Sheriff Dee Anderson said in July was probably the most difficult accident scene we’ve ever had to work. Eric Boyles, who lost both his wife and daughter in the accident, broke his silence for the first time after the boy’s sentencing.

There are just some things that even today are just too difficult to talk about. At this point, we are trying to take life one day at a time. I do look forward to the day that we can put some of this behind us. Today could have been a good start at that and unfortunately the wounds that it opened only makes the healing process that much greater. Money always seems to keep you out of trouble. Ultimately today, I felt that money did prevail. If you had been any other youth, I feel like the circumstances would have been different.

An expert psychologist for the defense argued that Couch suffers from affluenza, a condition that doesn’t hold him accountable for his actions because of excessive wealth. The defense successfully claimed that Couch’s privileged life didn’t allow him to distinguish between disruptive behavior and its effects. Meanwhile, local Burleson, Texas residents wonder if a rich family was somehow able to grease the palms of a crooked judge. According to NBC News, Eric Boyles, who lost his wife and daughter, also believes the family’s wealth helped the teen avoid incarceration.

To give him a pass this time given the egregious nature of his conduct — four deaths — is just incomprehensible.

Prosecutor Richard Alpert argued in court that if the boy continues to be cushioned by his family’s wealth, another tragedy is likely in his future.

“There can be no doubt that he will be in another courthouse one day blaming the lenient treatment he received here.

An arrest warrant has been issued for Ethan CouchÂ who, two years ago, was sentenced to probation in Texas for a drunken driving crash that killed four people. Ethan Couch’s defense coined an infamous defense — that he suffered from “affluenza,” or that he was a rich kid who was less to blame for his crime because his parents didn’t set limits for him.

Their apparent disappearance comes shortly after a video turned up on social media that allegedly shows Couch at a party where alcohol is being consumed,CNN affiliate KTVT reported. The video shows Couch standing alongside peers playing beer pong. Under the terms of his probation, Couch isn’t supposed to lose contact with his probation officer, his lawyers said.